The Elemental Behavior of Fluent Colors 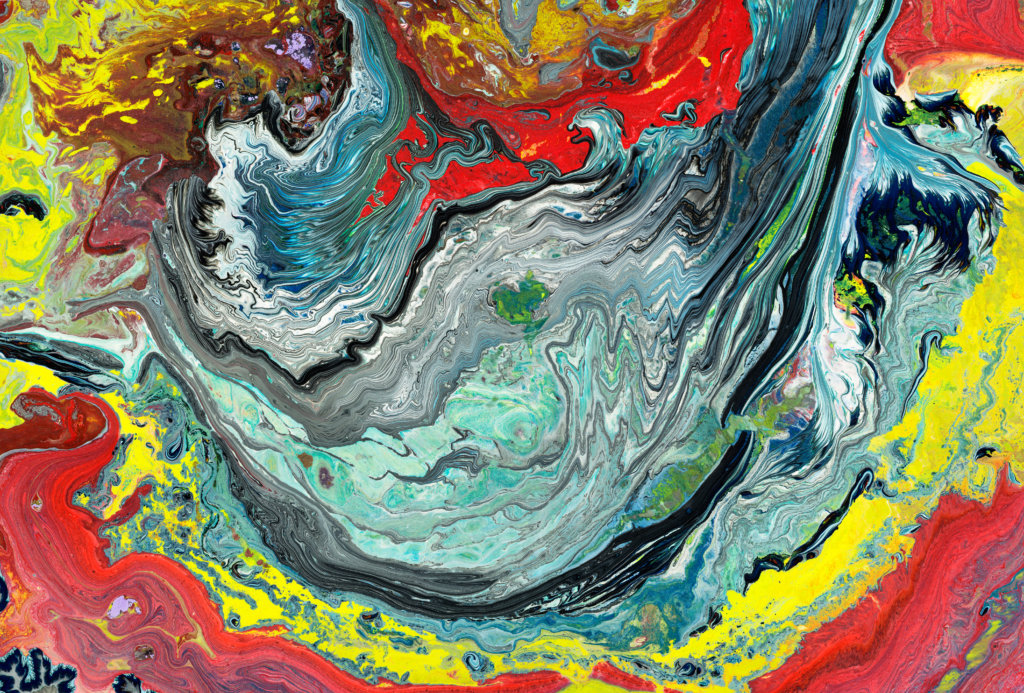 With the conceptional art form “Vivid Liquids” Sponk has been exploring the aesthetics of the arbitrary behaviour of colours and liquids on a macroscopic scale since 2016.
In doing so, he creates vivid “sceneries”, while surprising, filigree and often ephemeral phenomena are revealed to the artist. It is a unique and unrepeatable interaction of uncountable molecules in a heterogenous mix of colours, which Sponk initiates and manipulates intuitively.
“The genesis of every piece in the ‘Vivid Liquids’ series”, so the artist, “is equivalent to an orchestra. I assume the role of the conductor und the colours are the instruments.”This vivid transformation decreases steadily when the material dry, when the streams of colour solidify. Cracks start to appear, the filigree patterns vanish and only rudimentary relics of the glory the artist could keep in his memory remain.

To document his adventures and to share it with others, Sponk conceptualised and built an apparatus which enabled him to film, photograph, and manipulate the phenomena on a macroscopic scale in 2017.
With his “Ernst Haeckel” – named after the German scientist who pioneered the aesthetic exploration of marine microorganisms – Sponk successfully gathered the colour-scapes in his huge collages on such a detailed level that the resulting images surpass even the illustration facilities of the human eye.
“Pink Jupiter”, the so far biggest colour-scape gathered with the “Ernst Haeckel” apparatus, has a size of 500 x 260 cm, with a native resolution of 300 Dpi
Together a colour-scape and the corresponding carrier form a unique piece of art. 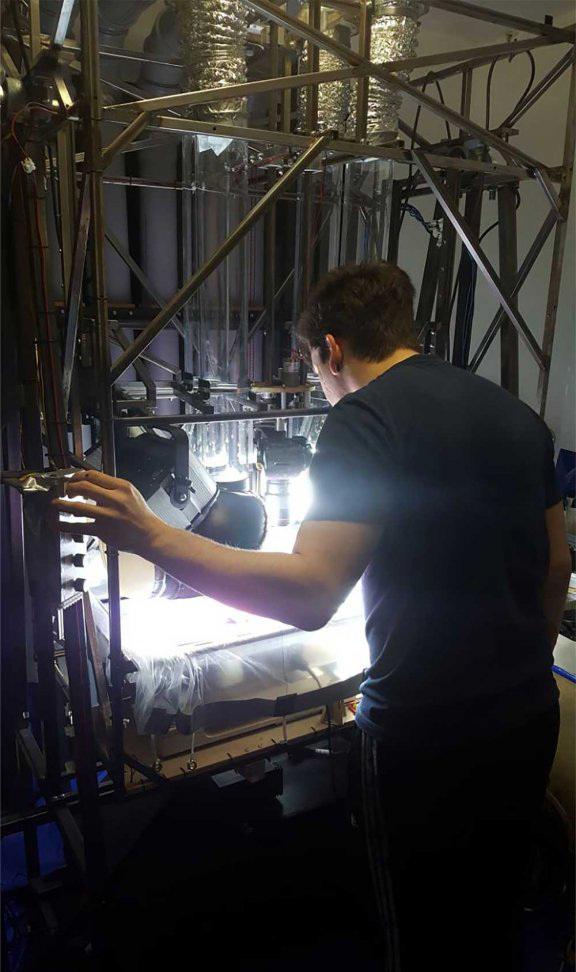 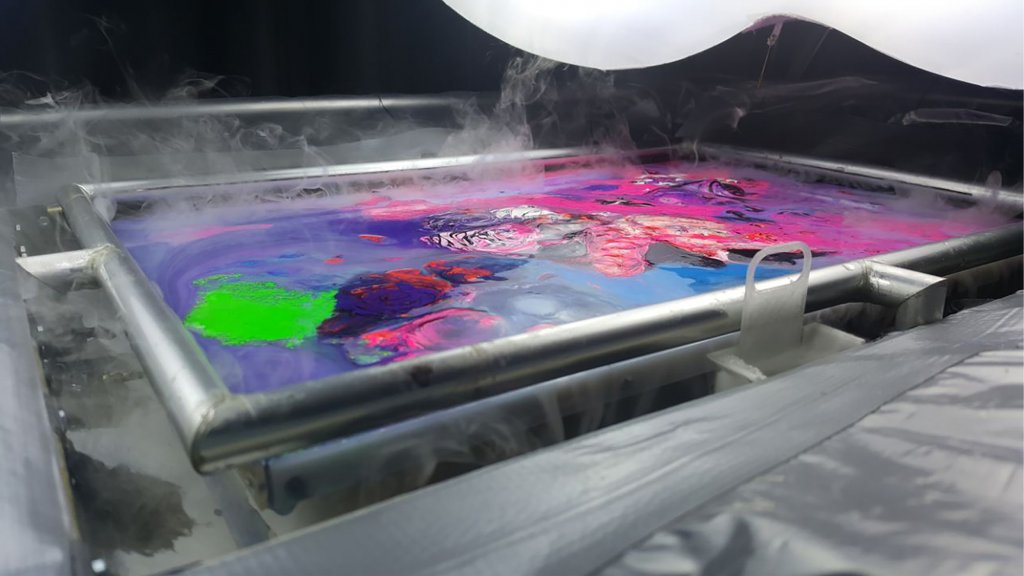 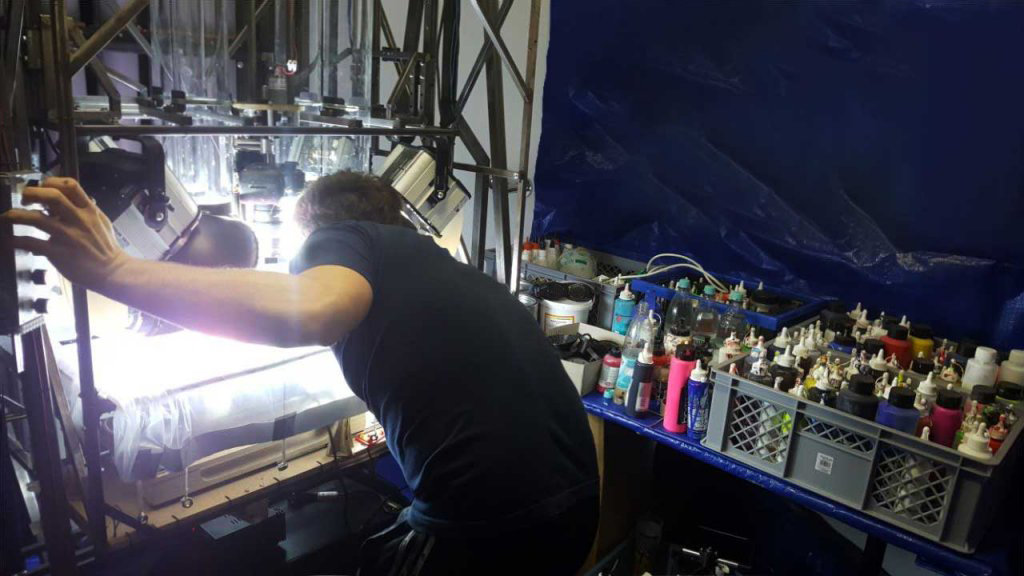 effect on the viewer

The Vivid Liquids are in dialogue with viewers’ visual memories. They are random amorphous structures that our brains try to make sense of.
Everyone is able to discover something different in them. Each person will be inspired in an individual way, and perhaps tempted to make associations.
t’s a series that probes the deep psychology of each individual, similar to a tube well test.